A day of military in Darwin

Darwin is embedded deeply in Australia’s military history. The target of Japanese air raids in February 1942, Darwin had more bombs dropped on it than Pearl Harbor.

The Top End has been a huge base for Australian and American troops and still is to this day. There’s much to learn and discover about military history in our city.

The Darwin Military Museum is located at the picturesque East Point, overlooking the Beagle Gulf. This heritage-listed area also contains WWII fortifications, military vehicles and larger artillery pieces. Dedicated to the period 1932 to 1945, the museum focuses on Darwin’s role in World War II.

Discover the Defence of Darwin Experience

The Defence of Darwin Experience is the first facility in Australia to provide visitors with an immersive, interactive, multimedia experience that extends beyond the physical walls of the museum.

Take the opportunity to immerse yourself in the drama of the Japanese bombing of Darwin as it unfolded in this interactive display. Hear from the men and women who survived, and watch a short film created with actual footage from the attack over 75 years ago.

Have lunch at the Darwin Waterfront

Experience the RFDS facility on the historic Stokes Hill Wharf

Stokes Hill Wharf has a history of its own. Rebuilt after it was partially destroyed in the Japanese bombing raid on 19 February 1942, it was used in the movie Australia in 2008. The Wharf today remains a working wharf for smaller vessels.

At the start of the wharf is the Royal Flying Doctor Service Darwin Tourist Facility. This incredible facility uses technology to enable visitors to relive the drama of the Bombing of Darwin Harbour. With life-size holograms, interactive storytelling ghosts, virtual reality production and full-size replicas, you’ll be in awe of this facility and what you can learn.

Buried beneath the cliffs of Darwin City lie the WWII oil tunnels, opened to the public for exploration tours. Here you can literally bury yourself in history. Wander through the tunnels and read the interpretation boards for a self-guided experience, and view the various artefacts on display. 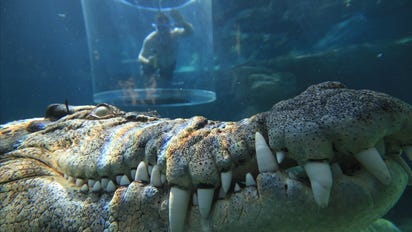 A day of adventure in Darwin City 24-hour itinerary 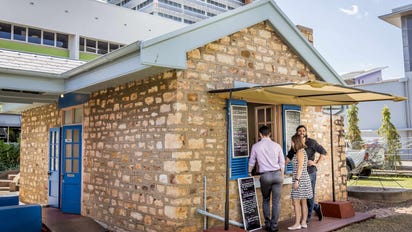 A day of culture in Darwin City 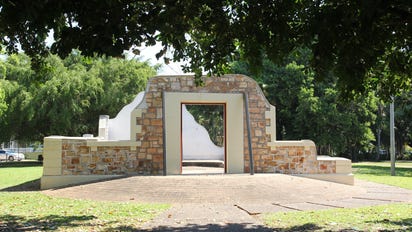 A day of heritage in Darwin