Char Restaurant at Admiralty
Things to do

From the tropics of Darwin to the outback landscapes around Alice Springs, you’ll find that food and wine here is a world away from the norm. With the culinary influence of more than 50 nationalities that make up the Northern Territory's population, you’ll be spoilt for choice at dinner time in the Territory.

Ditch the dining room for an open-air market or dinner under the stars and feast on fresh flavours prepared with colourful influences. Joining a Territory food tour is a great way to uncover the best regional produce.

You’re guaranteed fresh in the Northern Territory’s culinary hotspots, with barramundi, mud crab and other NT seafood common on Top End menus. You’re close to Asia in Darwin, so dishes here are often prepared with Thai, Malaysian and Indonesian influences too. Darwin’s Greek, Indian and Aboriginal heritage also shines through in its food.

In the Red Centre, try Aboriginal bush tucker made from native fruits and berries, choose a steak or burger from one of the many excellent restaurants and cafes, or take your seat at a five-star dinner on a sand dune as the sun sets over Uluru.

Meeting the colourful Territory personalities behind the food is often a special bonus when you visit.

Search food & drink in the NT

In the NT’s capital city, you’ll be tossing up whether to tuck into tropical delights at open-air markets, snap up seafood straight off the boat at Darwin Fish Market, take a sunset dinner cruise on Darwin Harbour or make a reservation at plush restaurants like Char and Wharf One. Darwin has a relaxed, tropical vibe, and there's no shortage of options to kick back with a cool drink under the stars.

Indulging in the Red Centre

The Alice Springs food scene has something for everyone. Take in the carnival atmosphere over burgers and beers at Monte’s, indulge in a banquet of Thai and Indian flavours at Hanuman (try the signature oysters) or choose from one of the many great restaurants and cafes around town.

Don't miss the Outback BBQ Dinner and Show at Earth Sanctuary for true Territory hospitality—try the Red Centre Devil craft beer. Or head out of town for a campfire dinner under the stars with renowned Aboriginal chef Bob Taylor from RT Tours Australia.

Join Aboriginal guides on a tour around Uluru to discover the hunting and gathering ways of the local Anangu people. For the ultimate food and wine experience, don't miss the Sounds of Silence or Tali Wiru dinners of gourmet delicacies and fine Australian wine as the sun sets over Uluru.

Splurge on the four-course Under a desert moon dinner at Kings Canyon Resort or try a famous Kings Creek Station camel burger. 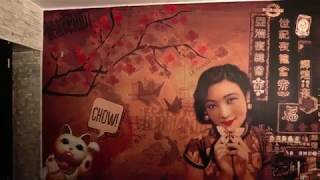 Let Darwin delight you for lunch 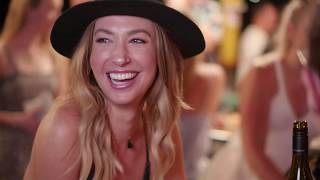 Let Darwin delight you for dinner

Food & drink events in the NT

Fresh is best in Kakadu and Arnhem Land

How does an oyster straight off the rocks with a twist of lemon sound? Collect your own seafood so fresh it’s literally moments from habitat to taste buds on a Kakadu and Arnhem Land safari.

In Kakadu, forage for bush tucker like fruits, yams and bulbs on a tour with Animal Tracks. Your Aboriginal guides will cook your bush tucker on the fire for a sunset dinner.

Take in Nitmiluk (Katherine) Gorge on the Nabilil Dreaming Sunset dinner cruise, where your three-course dinner is cooked fresh on the boat and served by candlelight after the sun sets over the gorge.

Or join in an Aussie stockman’s dinner around the campfire with Katherine character ‘Marksie’. There'll be a campfire sing-along, ‘damper on a stick’ (the bush version of an ice-cream) and a billy-spinning competition.

A foodie's guide to Alice Springs