With a mix of culture and adventure, one of Australia’s most enticing states has something to offer for every type of traveller. Read on for Alex Outhwaite’s top 7 things to do in the NT.

Chris ‘Brolga’ Barns, star of TV show Kangaroo Dundee on BBC & National Geographic, set up The Kangaroo Sanctuary and Joey Rescue Centre in Alice Springs to care for orphaned joeys in 2011. Private and group sunset tours can be booked which give you an opportunity to learn about the sanctuary and see some of the animals. The sanctuary doesn’t have any enclosures, it’s just 188 acres of Outback with a fence around to keep the dingos out.

Brolga is a knowledgeable and enthusiastic guide who has released over a hundred kangaroos back into the wild after they’ve been injured or orphaned.

The Kangaroo Sanctuary was also famously home of Roger, the six-foot-seven (2m) red kangaroo, whose muscular physique and ability to crush items led to a number of viral videos.

2. Experience the Sounds of Silence dinner at Uluru

The Red Centre of the Northern Territory is home to one of Australia’s most famous destinations, Uluru. During the day, walking, cycling and even camel riding around it are great ways to take in the majestic sight. In the evening, in the shadows of Uluru and Kata Tjuta (a nearby group of domed rock formations), there’s a dining experience that has been running for over 25 years and entered into the Australian Tourism Hall of Fame. Sounds of Silence at Ayers Rock Resort starts with an Australian sparkling wine and canapé reception as the sun sets over the national park, before a short walk to dinner.

It’s a group activity with travellers from all over the world dining together so conversations flow as easily as the wine. Food is bush tucker inspired with barramundi and buffalo both making menu appearances. When the fire pit and lamps are turned off, guests are treated to a guided tour of the night sky along with some astronomical figures about the stars.

3. Take in an immersive art piece

Bruce Munro’s Field of Light is made from 50,000 multi-coloured solar lamps that slowly flicker as the sun sets in the Red Centre. The size of seven football pitches, the art installation stretches as far as the eye can see, like a rolling sea of colour. Munro consulted with the local Anangu (Aboriginal people) before going ahead with the installation and they have given it the name Tali Wiru Tjuta Nyakutjaku, which translates to ‘looking at lots of beautiful lights’.

From afar, the installation appears like a phosphorescent field, as hypnotic as it is colourful. Up close, every lamp glows like a pearl. On your visit leave enough time to walk through the various pathways as well as take the lights in from a distance.

4. Camp under the stars

Visitors are a mix, including adventurous honeymooners, families and small groups of friends, as the site draws in a diverse crowd. There’s a chance to interact with other guests during the communal dinners or over s’mores at the fire pit, while spectacular sunsets with a glass of wine in the pool are not to be missed.

Top Didj Cultural Experience and Art Gallery offers the chance to hear stories from Indigenous storytellers as well as learn skills from the bush such as fire making and spear throwing. One of the storytellers, Manuel has become a TikTok sensation – known for his enthusiastic and fascinating descriptions of growing up in the bush and comparisons with his life now.

The experience includes a painting lesson using traditional techniques as well as bushcraft skills, such as learning how to make fire by rubbing dry sticks together. For those that haven’t tried this before, it feels like a great achievement to see the smoke rising from the sticks.

6. Check out the art at the Gallery of Central Australia

The Northern Territory has a thriving art scene incorporating history and modern styles from the Street Art Festival in Darwin to the historic rock art sites. Much of the focus is rightly on Aboriginal artists from whom all of the pieces in the GoCA originate. To the trained eye, the different paintings can be identified as belonging to an artist from a particular region of the Northern Territory.

Many of the pieces use the dot painting technique, a style which is now internationally recognised and is an integral part of Aboriginal art in Australia. Originally used in part to disguise the sacred meanings of the paintings from those outside of the communities, the technique is now also a unique and spectacular art style and the GoCA has some of the country’s best examples.

7. Learn about rock art at Ubirr

Located in the East Alligator River area of Kakadu National Park is a group of rocky outcrops, home to rock dating back thousands of years, Ubirr. Several naturally covered ‘galleries’ have formed in the rocks and are now the main sites to see incredible rock art. Many of the pieces are drawings of animals including a number of illustrations of ‘x-ray art’ depicting the bones. One of the most famous paintings is of a thylacine – the Tasmanian tiger – which became extinct over 2,000 years ago on the Australian mainland.

It’s a popular place to visit at dusk as the higher rocks provide a beautiful place to watch the sunset in Kakadu over the plains. 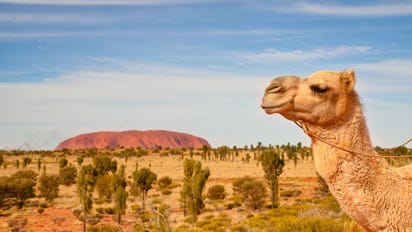 10 must-photograph locations in the NT 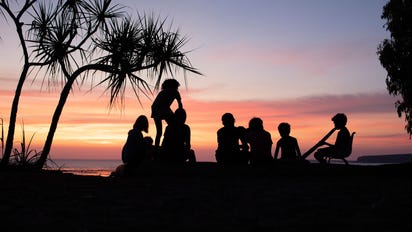 Why the NT is your next international destination 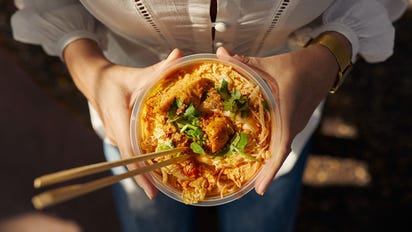