Fannie Bay Gaol operated as Her Majesty’s Gaol and Labour Prison from 1883 until 1979.

The original buildings comprised two blocks with 16 cells, a washhouse and a kitchen. A stone infirmary was constructed in 1887 and remains on site. In 1920 cells were constructed for women prisoners. The female prison block included a small garden designed to keep the prisoners busy. During WWII, prisoners were released and the gaol used by the Army and Air Force. A watch tower, "native section" for Aboriginal prisoners, kitchen mess building, remand section and two maximum security wings were added during the 1950s. The gaol contains rare gallows constructed for the last two hangings in the Northern Territory in 1952.

The integrity and severity of the precinct combine to convey the oppressive atmosphere of the institution. The gaol is highly valued for its penal, legal, medical and social history. Fannie Bay Gaol was Darwin's main prison for almost 100 years until 1979, when prisoners were relocated to the correctional facility located in Berrimah. 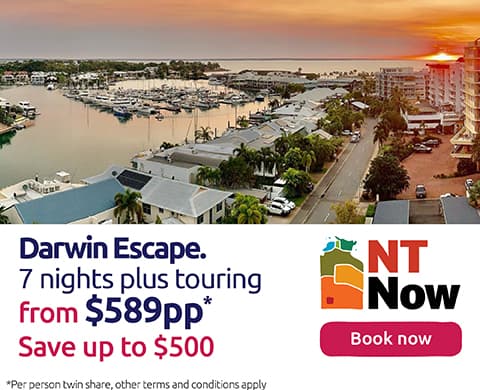