Immerse yourself in Darwin’s military history with a three-day exploration of the places and events that gave the Top End such an important role in Australia’s defence during World War II. The city is a living memorial to those who fought and died here, both in the bombing of Darwin and in the years before and after it.

Start learning about Darwin in wartime with a visit to the Darwin Military Museum and Defence of Darwin Experience at East Point. Located on a former wartime command post, this interesting exhibition will set the scene for you. The Defence of Darwin exhibit is dedicated to telling the story of the air raids on Darwin, in a riveting short film, and other exhibits include uniforms and other war memorabilia, while in the grounds you’ll find remnants of vehicles, guns and machinery.

In the afternoon, head to Stokes Hill Wharf, where you will find two attractions in one. The Bombing of Darwin Harbour is housed within the Royal Flying Doctor Service (RFDS) Tourist Facility. Don virtual reality headsets to relive the drama of the Bombing of Darwin Harbour that rocked Australia in 1942 – and be prepared to be shocked by the realism, as you feel you are in the thick of the action. Many of the experiences and stories of what happened that day are learnt through the most modern and exciting technology, all told beneath a full-size replica Japanese Zero aircraft hanging from the ceiling.

Dig deeper into Darwin’s war history by visiting some more of the many reminders around town of Darwin’s war history. Start with the amazing World War II Oil Storage Tunnels, under the city’s cliffs on Kitchener Drive. This rabbit warren of tunnels, carved by hand by more than 400 men, but ultimately never used, now houses an interesting collection of black and white photographs of Darwin during the war. It’s simple but haunting, as you walk through the huge dimly lit tunnels, the longest of which stretches for 170m.

Overlooking Darwin Harbour at Bicentennial Park on The Esplanade, the Cenotaph is Darwin’s memorial to members of the armed services, rescue services, and civilian personnel who died serving their country in times of conflict. Flanking the Cenotaph, memorial plaques include dedications to the many who were killed in the World War II air raids.

In Bicentennial Park, you’ll also find a memorial dedicated to the officers and crew of the USS Peary, sunk during the first Japanese air raid on Darwin and to American pilot Lieutenant Robert Buel, who died in a heroic attack on Japanese aircraft on a bombing raid over Darwin.

Head out of town a little, to the Darwin Aviation Museum, on the Stuart Highway at Winnellie, where you’ll find displays about World War II and the Vietnam War, as well as a section on women aviators. A B-52 bomber on loan from the United States is the centrepiece, but there’s also a B-25 Mitchell bomber, Mirage and Sabre jet-fighters, and the wreckage of a Japanese Zero fighter plane.

Nearby is Charles Darwin National Park, on Tiger Brennan Drive, where you’ll find World War II concrete bunkers, one of which has been converted into a visitor centre with interactive historical displays and war memorabilia including guns.

Take a day trip south to Adelaide River, 120km south of the city, to pay homage to those who died in the bombing of Darwin, at the Top End’s only war cemetery. The township of Adelaide River was a major operations and medical centre for Australian and American defence forces, and in 1942 a cemetery was established for the 434 Allied Service men and women killed in action. There’s also a section for the 63 civilians who died in the bombings, who now lie at rest in a beautiful peaceful garden setting.

On the return trip to Darwin, stop on the Stuart Highway when you see the life-size shapes of aircraft looming along the side of the road. These fantastic cut-outs tell the story of the highway’s former role as an airstrip for Australian, British and American aircraft involved in the combat in the Top End skies. Known as the Strauss Airstrip, this eye-catching display is well worth the stop. 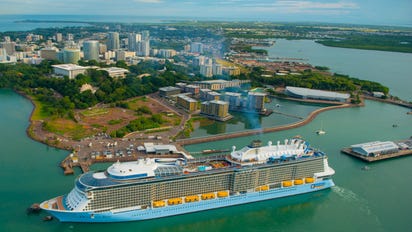 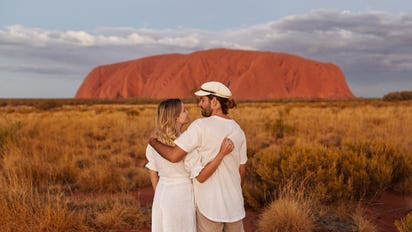 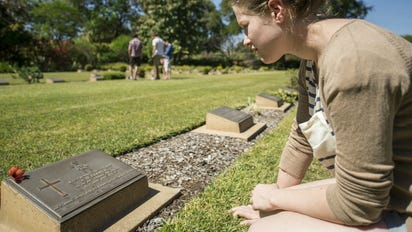