Watch history unfold as art comes to life in the Top End of the Northern Territory. Meet local artists that paint from their cultural knowledge and heritage, use natural materials and are inspired by their unique surroundings and connection to the land.

Pedro Wonaeamirri from Jilamara Arts in Milikapiti in the remote Tiwi Islands believes that it’s important to share his culture through art: ‘Sharing my knowledge through my art is important, it’s important for us to hold onto our culture. I am so proud of who I am and able to share it though my art’.

Wonaeamirri produces authentic Tiwi art – specifically ochre paintings on bark, canvas, linen and paper using the traditional Tiwi comb, kayimwagakimi, recognisable by its straight line of small dots. The comb is dipped into ochre, which is mixed with water, and then used as an implement to paint with. Ochre sites are found around the islands – dramatic looking with their hues of yellow and orange – and Wonaeamirri jokes that they are ‘his art shop, with no GST!’

Country and skin groups are very important to indigenous culture, both play a big part in collective and individual identity and are reflected in art practices. Wonaeamirri’s country is Goose Creek, Melville Island, his skin group is Mulipurrula (White Cockatoo) and dance group is Jilarti (Brolga). These become more obvious and expressive when he is singing or dancing. Witnessing a song and traditional dance from Wonaeamirri and his fellow artists is quite spectacular.

Wonaeamirri has a very distinct style of painting, working within the strong Tiwi practice of pwoja (body designs) to continue and celebrate Tiwi tradition and culture. He says he learnt from watching the elder artists such as Kitty Kantilla and Patrick Freddy Puruntatameri paint at Jilamara.

Wonaeamirri is one of the most well-known Tiwi artists with collectors from across the globe buying his artworks. His works have been shown at the Art Gallery of New South Wales and the Museum of Contemporary Art.

For Wonaeamirri, ‘Home is Milikapiti’. He says, ‘You are welcome to come to the island and learn and understand my culture. It’s very important.’

Elder, artist and principal ceremonial leader of the Madarrpa clan of the Yolgnu people, Djambawa Marawili ‘paints from his mind, his heart, his soul and his blood’. He learnt to paint from his grandfather and his father, who taught him the patterns he paints today.

Leader of the Madarrpa clan, Marawili paints ‘on country’ in Blue Mud Bay in Arnhem Land – 580km east-southeast of Darwin. He says, ‘every country has a story and we know the story we can paint from that country’.

As well as being a world-famous artist, Marawili has been involved in many very high-profile Aboriginal rights campaigns, including the 1988 Barunga Statement, the 1991 Royal Commission into Aboriginal Deaths in Custody, and the 2008 Blue Mud Bay land rights case which resulted in a high court ruling that indigenous people own the land between the low and high water marks.

When Marawili is not campaigning for an Indigenous cause he can be found at home painting under a shady tree. His bark paintings are made from natural, locally gathered materials. The bark, which he uses as a canvas, is cut from gadayka (stringybark) trees sourced near his home. Marawili uses painting as an outlet to show the sacred designs that embody his right to speak as a part of the land, whether it be above ground or under the sea.

His mesmerising work is held in many important national and international collections including the National Gallery of Australia and the Art Gallery of New South Wales.

Although Marawili paints in Baniyala (4.5 hours south of Gove), he still wants people to come and visit him in East Arnhem Land and watch him paint there. He says, ‘Why not come and visit us in our remote wanja on our homeland. Our wanja is welcoming you to come and see us, with a good heart and with your own eyes. Yes, you must come!’

Working largely with paint and printmaking, Darwin-based artist Chayni Henry has a keen interest in local built heritage and is most inspired by the city’s iconic buildings and famous facades. As she writes: ‘Darwin is a young city, its landscape changed many times over its relatively brief history by extreme weather events and war. As a near-lifelong resident I have an intimate relationship with its architectural landscape.’

In her work, Henry recounts life in her hometown, attending to both personal and broader social and political issues with self-deprecation and dark humour. Her stylised work, taking inspiration from the aesthetic of prints and comics, is dotted with irreverent anecdotes handwritten with text. ‘The strongest voice in your art – when it’s at its most coherent – is when you’re speaking about something you’re familiar with and something you’re passionate about … You create your own language.’

Henry’s work is held in national public and private collections, including the National Gallery of Australia, Artbank and the Museum of Contemporary Art.

Check out a list of Top End galleries and art centres to explore along the Territory Arts Trail. 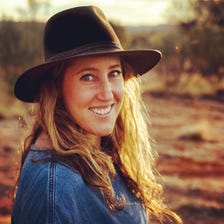 As a self-confessed desert girl at heart, travel enthusiast and devout epicurean, Leah has been documenting her travels since she was first published in The Sunday Times Travel Magazine in London in the early 2000s. From eating fresh barramundi on a white-sand beaches in the Tiwi Islands to searching for bush peanuts on the Casuarina Coastline in Darwin with a bush tucker expert, Leah’s love affair with Australia started when her family visited the Outback in the 1980s. Fast forward to 2017, when Leah uplifted her corporate city life to live in Australia’s remote interior. After an eye-opening and adventurous year, Leah landed back in Sydney with a new sense of wonderment for Australia’s oldest living culture and continues to write about all she learns. 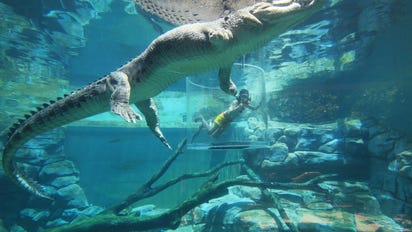 9 fantastic experiences in the wild city of Darwin, Australia 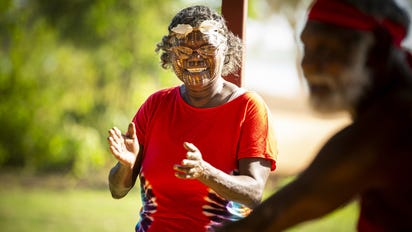 6 Aboriginal cultural experiences for kids on holiday in the NT 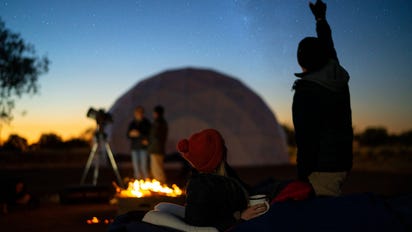