The Croc Bus is a 4 hour Crocodile Safari.

Sit back and relax in our air-conditioned bus while they take you through crocodile territory. Catch up on all the 'Croc News' on board with 15 different news articles from major crocodile events that have happened in the Territory published by the NT News as visitors will be spending about two hours overall in the bus. One stop at the World's Largest Boxing Crocodile to get a quick snap. Then straight to the Adelaide River where you'll get to hop on the Crocodile Cruise and witness the largest reptiles up close. After an hour on the boat you are back on the bus to drive through Fogg Dam Conservation Reserve where there are tons of wildlife ranging from freshwater crocodiles, buffalos, boars, snakes, wallabies and tons of different species of bird life. After that the tour will hook back to Darwin to get you back in the city before lunch or sunset.

Operated by The Croc Bus 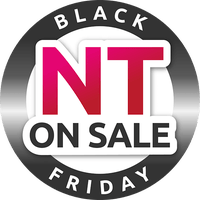