Keen to try your luck on the famous Daly River or Katherine's Gulf Region? Find out the best places to cast a line and get tips on how to get there.

Katherine is 300 kilometres south of Darwin and is famous for its many natural tourist attractions, the most famous being Katherine Gorge in Nitmiluk national park. Katherine is the starting point of an NT fishing experience for many anglers who drive to the Top End.

The Katherine River holds barramundi and sooty grunter and fishing after the tropical summer can be good at spots close to town, such as knotts crossing, donkey camp and the low level bridge, and west of town at galloping jacks.

Perhaps Katherine’s main attraction for the visiting angler is its proximity to some of the territory’s best fishing areas, like the picturesque Victoria River region to the west, the Daly River to the north-west, Kakadu to the north-east and the Roper River and Borroloola region to the south-east.

A range of hotel, motel and lodge accommodation, caravan and camping areas, plus most facilities and services are available in Katherine.

The legendary Daly River, about 210 kilometres southwest of Darwin, is one of the Territory’s top barramundi fisheries. It has been reserved for recreational fishing — no commercial barramundi fishing is allowed.

This is a beautiful river, lined with rainforest and tall paperbarks, many of which have fallen into the river over the years and now provide perfect snag habitats for barramundi.

There is prolific wildlife along the river, including a healthy population of both freshwater and saltwater crocodiles. The river rises and falls by up to 16 metres, according to the seasons, and tides of up to seven metres are common.

Considering its relatively remote location, the Daly has excellent facilities for visiting anglers, including tourist parks, a pub, motel, boat ramps, guided fishing, boat hire and general store. The lower tidal section of the Daly River is closed to fishing from 1 October to 31 January.

The Territory’s biggest river, the Victoria River, or the ‘Mighty Vic’ as it is known locally, flows into the Joseph Bonaparte Gulf on the Territory’s west coast. This is a big-tide river and fishing is best on neap tides when the water is clear.

The Timber Creek township is located on the river about 250 kilometres from Katherine along the Victoria Highway. The tide does not affect the river more than a few kilometres upstream of timber creek and some huge barramundi are caught each year near the little township. Big horse creek boat ramp, about seven kilometres west of Timber Creek, is the starting point for most anglers. Locals often travel by boat downstream to the Baines River for excellent barramundi fishing.

Closer to Katherine is the Victoria River bridge. There are freshwater holes in this section of the river, the most popular being the Victoria River Gorge. Upstream from there, the ‘Vic’ meanders many kilometres inland, becoming a series of segmented pools, which can be fished from the shore and contain some surprisingly large barramundi.

Motel-style and caravan park accommodation is available at the Victoria River roadhouse and timber creek, where there are also guided fishing tours and boat hire.

The Roper River flows some 250 kilometres and drains a vast area of the central and eastern Northern Territory from the Mataranka region through to the Gulf of Carpentaria.

The Roper is famous for its barra fishing, with most fishing taking place east of roper bar, the crossing separating the saltwater and freshwater sections of the river. It provides great lure fishing during the run-off, but you can catch good barra right through the dry season on live bait.

The tidal section of the roper is home to most popular estuary species, including black jewfish, threadfin salmon, giant trevally and golden snapper. Mud crabs are also abundant.

There is guided fishing, a caravan park, camping and lodge accommodation at roper bar, and a variety of accommodation facilities in Mataranka.

Borroloola and the Mcarthur River

Borroloola is approximately 12 hours’ drive south-east of Darwin, near the Queensland border. The area is easily accessed by car or on scheduled commercial flights. Fishermen can choose the well-serviced town of Borroloola as a fishing base, or head for king ash bay on the Mcarthur River, where there are basic camping facilities.

The Mcarthur River offers excellent barra fishing and provides boat access to the Gulf of Carpentaria and the Sir Edward Pellew group of islands. The islands are surrounded by reefs and rock outcrops that attract an incredible range of reef and game fish. There are also billfish in good numbers close to the islands. The rivers and coastal waters of the gulf to the north and south of Borroloola also provide some wonderful remote fishing experiences.

The four-wheel drive Nathan River road north of Borroloola runs between Cape Crawford and Roper Bar. Along the road there is access to good barramundi fishing on the Limmen Bight, Cox and Towns Rivers, with the Limmen Bight River also offering plenty of mud crabs.

Remember to research about the rules and regulations surrounding recreational fishing in the Northern Territory before you set out for your next catch. Or, download the free Northern Territory Fishing Mate app to learn more about bag limits and restricted zones. 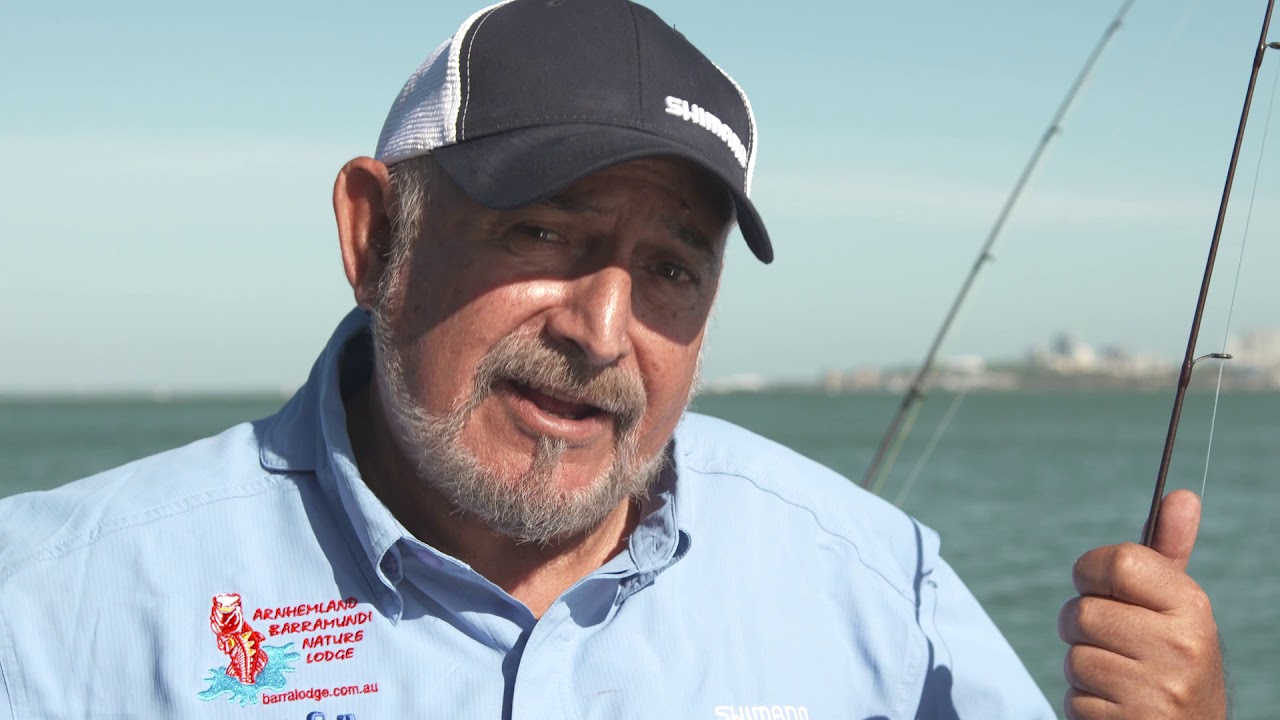